The crash point, called in Japanese "Osutaka-no-one" is located about 80km (50ml) west-northwest away from Tokyo, just outskirt of the capital of Japan. 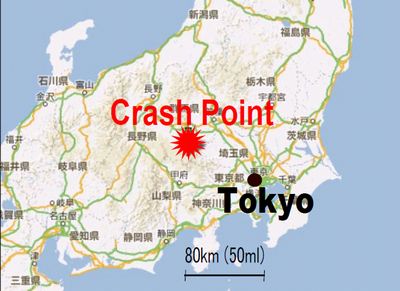 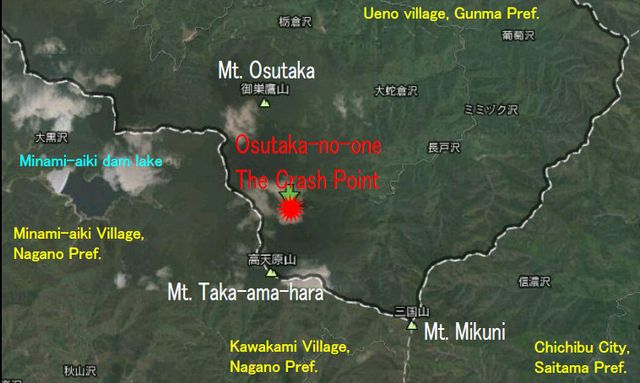 The white dash line is the border of prefectures.
The geographical longitude and latitude of Osutaka-no-one is  (35.999605,138.692007).  It is in the mountainous area. The location in deep mountains was explained as one of excuses why the rescue operation had been delayed. The JSDF official announced that it was too dark and too steep there that deploying rescue team without enough equipments of night activity would be dangerous for themselves.

Huh? I've ever tried night climbing there, and I found it's not dangerous because the lights of towns locating not so far  from the area is bright enough to walk around even at night. Remember it's just outskirt of one of the largest capital towns in the world, Tokyo.

In addition to it, Mr. M and his friend with casual wears started climbing toward the crash point  9pm at that night , and they reached there at 4am in the next morning. He said he'd sometimes played fishing and wild-crafdting around there with his friends when he was a school boy. For local people, it is just a place of living, not a "Tibet of Japan" written in research papers or prints of medias. 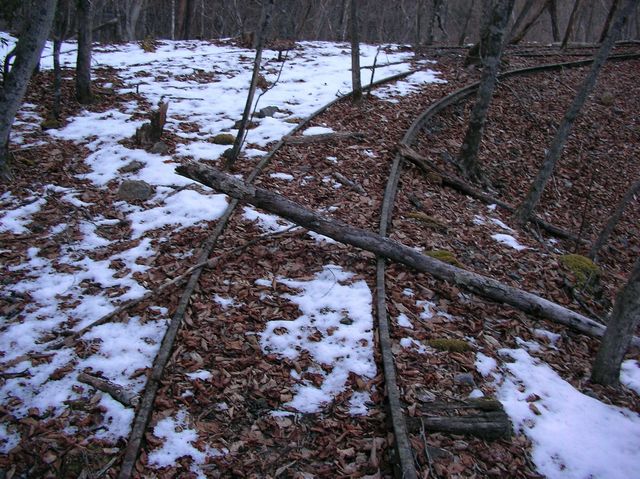 The remains of railway left in the crash area. Ueno village was once a major place of forestry, so even in deep mountains, railways and roads had been set out long before the crash. This fact is one of the environmental evidences that proves the crash site is NOT an unreachable place as called like "Tibet of Japan" in papers. 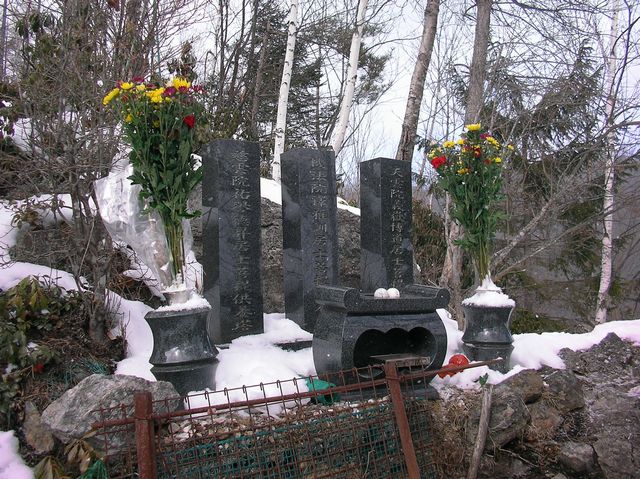